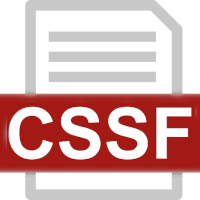 Released in 2020 to respond to the AIFMD Annex IV reporting requested by the ESMA. Neat & nifty solution tailored for Luxembourg fund managers which focus on preserving the confidentiality of their investors

RGen AIFM is a Luxembourg-made solution tailored for the Luxembourg AIFM Managers and institutions for the filings of the AIFMD Annex IV reports.

The AIFM Directive (Alternative Investment Fund Managers Directive) is a European directive that has introduced harmonised rules with which alternative investment fund managers must comply since 22 July 2013.

The AIFMD was implemented to better regulate alternative investments that were left largely unchecked prior to the 2008-09 global financial crisis. The directive aims to protect investors as well as reduce some of the systemic risk that these types of funds can pose to the EU and its economy.

The first aspect of RGen AIFM is a response to a condition : preserve confidentiality. Most solutions on the market are of SAAS type, based on a third-party mutualised server. Such technology do not marry well with data confidentiality but also further expose them to security threads. The best method to preserve data confidentiality is to limit the number of people having access to them.

The second aspect is the focus on the Luxembourg AIFMD reporting. This dedication and limitation to the Luxembourg market allows U IT to outperform due to our local know-how.

Characteristics and features of the solution are described in detail in the Technical page or in the Overview (PDF) document which visually presents the solution.

The advantage to use our solution is closely linked to our expertise in the Luxembourg legal reporting. We ensure the following :

The RGen AIFM solution is composed of 2 elements : excel templates for the capture interface (manual data input) and a converter named RGen AIFM.

We opted for a 2 parts solution which brings the following advantages :

The ESMA released 2 standards Excel template to fill for AIFMD, they can be downloaded at this link

We released an improved version of the 2 templates early 2021. Mid 2022 we released a new and more definitive version (v2.0) - open the above PDF for a visual

The main characteristics of our latest templates are :

RGen AIFM was developped considering users but also IT :

Automating data capture RGen AIFM is able to receive in entry a raw (flat) data file and convert it to the final XML report. But the complexity of the AIFMD reporting, more particularly the AIF report, renders it from difficult to impossible. The task for the IT department in charge of extracting the right data required to fill all the 300+ fields of the report which must respect a preliminary great amount of constraints is huge. Such project should be strongly discussed prior deciding to engage in it

Another element to take into consideration is the frequency of these reports : from 1 to 4 per year. Except if one customer has to report for many entities, the cost to automate the capture part of this reporting will probably not be profitable

Automating report's conversion The conversion process from a filled excel template to the XML report can be automated, it can be configured to semi-automated (on-demand) or to fully automated

With semi-automation, users must 2x click an icone to start the conversion process, preventing them to use the manual interface.

In full automation, users just have to deposit (copy) the filled template in a specific directory, RGen AIFM, installed on a server, which runs periodically, will process it. Such configuration is usually installed within a broader workflow including the automation of the encryption & sending of the reports